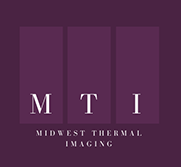 What is the difference between thermography and mammography?

Does thermography squeeze the breast? Is there radiation emitted?

NO and NO! A picture is taken about four feet away to determine breast health. Pain and
radiation free!

How often will I need a breast scan?

After your initial breast scan, we suggest a second scan at three months to set a baseline. If
there is no change from the first scan to the second, yearly scans are appropriate.

How fast can I get the results?

As quickly as 24 hours, but in most cases 2-3 business days

Why haven’t I heard of thermography before? How long has it been around? Who
reads my scans?

Thermography has been around almost 20 years. In the beginning, it was not accepted by many
doctors due to a handful of untrained thermographers interpreting their own scans. A lot has
changed since the early nineties, and thermal imaging is better than ever, worldwide – including
Australia, Europe, and Asia. Scans are interpreted by board certified MDs around the globe via
the internet and are for medical use only.

Do I need to have a doctor’s referral in order to have this scan?

No, you do not need a referral if you are paying out of pocket or have a flex spend account. If
you are submitting this procedure through an insurance company, they are more likely to
reimburse if referred by a Doctor.

I have heard a lot about radiation. Should I be concerned?

YES. Please visit http://www.thermologyonline.org for downloadable studies on the dangers of
low-level radiation (2002 Brenner, 2003 Parisky, 2004 Heyes). Each time a woman gets a
mammogram, she is increasing her chance of getting cancer by about five percent.

My doctor states he doesn’t know enough about thermal imaging and demands I
still get a mammogram. What do I do?

Tell your doctor to do some research at Thermology On Line (information, case studies). Also,
there are downloadable studies at http://www.thermologyonline.org (see radiation question
above) or call me at the Longevity Center and I will send a booklet and lots of information to
your doctor. Tell your doctor you have concerns with low-level radiation and how it affects DNA.
There are over 800 studies on thermography. Hand her (or him) the 2004 Heyes study on
radiation. If not thermography, ask for a different method (ultrasound, breast MRI, ductal lavage)
as a substitute (see http://www.alternativemedicine.com on May mammogram article). In any
case, thermography can be used in conjunction with a mammogram by assessing
false-positives or concurring with a sketchy mammogram.
It is up to us to get the word out about the benefits of Thermography and dangers of
Mammography to ALL doctors & radiologists. Here is a Fact Sheet for further information.

We try to make this service affordable for everyone. Prevention should be!
Insurance rarely (if ever) covers thermal imaging because it is considered an alternative
therapy. However, you may use your Flex Spend dollars or Health Savings Account (HSA)
money.
Your results will be provided for you in an electronic form with all the pictures and the full report.
You may share this with your doctors, therapists, chiropractors and anyone who provides care
to you.

Where can I find out more about thermography?

There are numerous websites that will give you further information. Among them is Thermology
On Line.

A non-invasive diagnostic technique that allows the examiner to visualize and quantify changes in skin surface temperature.
Learn More 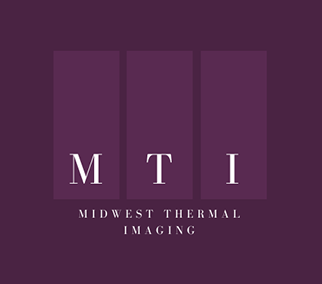